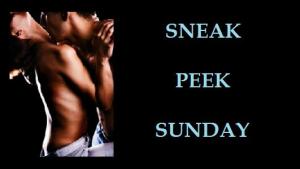 I’m sharing a bit more from my WIP–Chasing a Cowboy.  Here’s a rough blurb…..

When country music superstar Chase Jordan is jilted at the altar by his sexy swimsuit model fiance, he escapes to the very same resort in Cobo San Lucas, Mexico, where they were to have their honeymoon. He hopes to nurse his broken heart and damaged ego in the true country song fashion–with a bottle of Jose Cuervo. However, he never expected his childhood best friend–and twin sister of the bride-not-to-be–to follow him to Mexico and con the resort into believing she is Mrs. Jordan, nor was he ready for the truth–Paige was all grown up and sexier than her twin sister.

Paige Morgan as lived her entire life in the glare of her fraternal twin sister’s star. Although the sisters couldn’t be more different then the sun and moon, Paige fell in love with the same man as her sister. When Chase is dumped at the altar, Paige sees an opportunity to go after the one thing of her sister’s she’s always wanted. But when this resourceful cop finds Chase, will he change his tune or will Paige also end up with a broken heart?

SETUP: Chase is setting at a bar at the resort drinking tequila…

A warm breeze passed through the bar, bringing with it the scent of coconut suntan lotion, tropical flowers and saltwater, and he looked around. Three of the sides of the cantina were open to the outside. As “Loving You” thankfully ended on the jukebox, he squinted his eyes against the brilliant turquoise ocean as the late afternoon sun drenched waves crashed against the white sand of the beach. Every couple filling the small tables inside the bar and lounging on the beach seemed only seconds away from going from R-rated to X-rated. He’d booked the exclusive honeymoon resort outside Cobo San Lucas, hoping to keep out of the prying eyes of the paparazzi and to surprise Kayla. She’d fallen in love with the southern part of the Baja California Peninsula during one of her photo shoots here a few years ago.

All of his hopes and dreams shattered on what should have been the happiest day of his life. Today, instead of settling in for their two-week vacation and only getting out of bed to eat, he was nursing a bottle of Jose Cuervo. Why had he come here? His brother was right; he could have easily eaten the cost of the trip. Chase had insisted that he had to escape for a little while, lick his wounds and come up with a plan. Jack accused him of wanting to punish himself. Why else would he go to the place he and Kayla were to have their honeymoon? Had he come here to remind himself of what should have been? He shook his head, hoping to dislodge the thoughts, and turned to gaze out the other side of the bar.

A woman stood on the walkway staring at him through a pair of Aviators. Her long blond ponytail shimmered in the sun like spun gold. He narrowed his eyes. Was he now hallucinating?

She entered the bar and headed toward him. Sitting in the stool beside him, she removed her sunglasses to reveal a pair of expressive hazel eyes. “Surprise.”

“Paige? What the hell are you doing here?”

She shrugged and pointed toward the shot glass. “Saving you from yourself.”