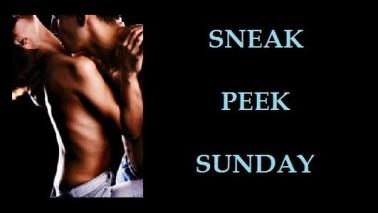 Welcome to Sneak Peek Sunday!  Today, I’m sharing one of my summer projects, a prequel novella to my paranormal romance A Hunter’s Angel. I recently got my rights back to this book and hope to self-publish it, along with a prequel this fall/winter. The prequel was born from some of the comments I received in reviews about how the story of A Hunter’s Angel seemed incomplete…And that the back story slowed down the story. Well, I happen to agree. A Hunter’s Angel was my first novel, and as such, it has some newbie mistakes and growing pains that weren’t fixed during editing. I’m hoping the revised version and the prequel make a great anchor for this series. If all goes to plan, Book 3, A Hunter’s Wings will be out in 2015.

In this snippet from A Hunter’s Demon, Philadelphia PD Detective Grace Wallace meets FBI Special Agent Ian McHenry for the first time…. For those who may not know or don’t recall, Ian is a vampire  hunter who is a vampire himself. He doesn’t kill his prey and he fights against those who do, but Grace just might be his downfall…..

They entered the office with Captain Leo Elinski painted on the frosted glass and Tony closed the door. Two men stood as they walked in and Grace had a hard time not staring at the agent closest to the corner of the small office. His black hair curled around his ears and framed a stunning face constructed with strong aristocratic angles. But it was his eyes that entranced her. They were the color of sapphires and the bluest eyes she’d ever seen. Captain Elinski’s voice came to her as if from a fog. “Special Agent Ian McHenry.”

She had to blink and forced herself to look away as the captain introduced the tallest of the two—a dark-haired man with hazel eyes and a cocky smile. “And Special Agent Brad Morris.” Elinski gestured toward first Tony than her. “Detectives Tony Ricci and Grace Wallace.”

As Tony shook Morris’ hand, McHenry held his out to her and curled his full lips into a woman killer smile. “A pleasure, Detective Wallace.”

An Irish accent. Oh, freakin’ God, could he get any more perfect?

She swallowed as their hands met. His touch was cool and the contact buzzed through her. Her breath caught and held. He must have felt the same impulse because his brows puckered slightly, and he held her hand much longer than necessary.

“Nice to meet you, Detective.” His partner nodded toward her and spoke with a deep Texas accent.

Blinking again, she took a deep breath filled with a musky sweetness of cloves and leather like no cologne she’d ever smelled. With another deep breath, she pulled her hand from McHenry’s and turned a shaky smile to Agent Morris. “Nice to meet you, too.”